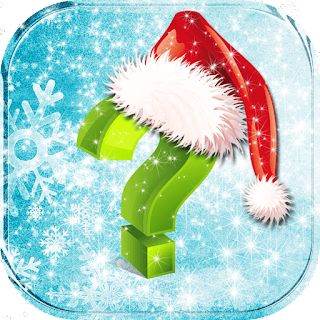 WHY did the submarine blush? Is Google male or female? Why has an elephant got big ears? and What happens to a frog's car when it breaks down?

These are just some of the questions that WON'T be being asked at the Big Festive Quiz taking place at the Old Fire Station in Peter Street, Carlisle, on Monday December 3 to raise money for, yep, you've guessed it - Carlisle Mencap.

Before we go on, because I know you are dying to know, the answers to the above questions are: Because it saw Queen Mary's bottom; Female, because it doesn't let you finish a sentence before making a suggestion; Because Noddy won't pay the ransom; It gets toad away.

And also before we go on about trivial matters...I'd just like to remind you that this Sunday, November 4, my good self will be joining fellow Carlisle Mencap staffers Sheila, Krysia and Morag as we trek 6.4 laps of the 5km nature trail at Watchtree Nature Reserve. Yes I know I know, why didn't we make it 20 or 25 kilometres for Carlisle Mencap rather than '20 Miles For Carlisle Mencap' to make life easier but hey - it's an extra challenge, chums, so there! And the sniffles that I reported on last week are just about on the way out so that's a bonus.

If you are in the vicinity of the nature reserve between 9am and 4pm, come along and cheer us on. And feel free to go to our JustGiving page - https://www.justgiving.com/campaigns/charity/carlislemencap/milesformencap - and give generously!

Anyway, fingers on buzzers, your starter for 10..."What costs £20 per team of four and should be a lot of fun?" Anyone? No? Well, it is Carlisle Mencap's Big Festive Quiz taking place on Monday December 3 at 7pm at the Old Fire Station in Peter Street, Carlisle.

Yours truly has come up with the questions and format for this fundraising trivia test, and I'll be asking the questions to. Which makes a change, because like many people I love a good quiz but I'm normally happy to do the puzzling over and the answering, not the questioning.

In fact, for several years I was part of a pretty successful team from Cumbrian Newspapers which every January used to enter the annual Sands Centre Quiz, organised every year by the Trivmeister Geoff Haugh. Often more than 100 teams would take part, and I'm quite proud that we won it three times, and came in the top three on another couple of occasions.

I'm hoping that those people who often enter the Sands Centre quiz will see our Big Festive Quiz on December 3 as an opportunity to go along as a warm-up for January's Old Grey Matter Test. The questions range from general knowledge to movies, music to sport - but all with a Christmassy or New Year theme.

If you do fancy entering a team, drop me an email at phil.taylor@carlislemencap.co.uk or call 01228 674393 before Wednesday November 28. The £20 per team will be collected on the night.

Right then, unless this Sunday I fall victim to trenchfoot, or get ambushed by a vicious gang of pygmy shrews, or trip over a snail and break my leg, I will be back next week with more news from the fundraising factory that is Unit J3 on Kingmoor Park North.