All dancing, all walking - all sneezing

FUNDRAISING fever is in the air at Carlisle Mencap - and so is the other type of fever which isn't so pleasant. But hey ho, we battle on through the sniffles and the sneezes!

Far be it from me to whinge (ha! pull the other one Taylor...) but all that exercise down at the DW Fitness gym, plus walking the dogs, watching the food I eat and cutting back on the alcohol seems to have resulted in me cheesing off my immune system and getting one of those chesty colds that hangs around like an unwelcome guest at your dinner party. You know the one, the sort that you think you've finally shown the door to, only for the 'guest' to return a few hours later because they forgot their coat and then hang around for a another few hours while helping themselves to you best malt whisky.

Quite a few of us here at CM HQ have been suffering from SAS - Seasonally Adjusted Snot - but never mind, onwards and upwards. First off on the forthcoming fundraising frenzy is the Halloween Disco taking place on Thursday night (tomorrow, as I write this...) at the Harraby Catholic Club. Damien, who used to be a support worker with us, is spinning the discs, while the gourmet gang down at our Doves Cafe are preparing the buffet while there will be lots of raffle prizes, prizes for best costume and lots of ghastly fundraising goings-on - in the best possible sense of course!

I hope Damien has a few Thriller tunes to create a good atmosphere and get people doing the Monster Mash. I remember we had a Halloween party at our house a few years ago and I proudly recorded a tape (yep, it WAS a few years ago!) featuring lots of my favourite spooky-themed records - which was great on one hand, but not for those wanting to dance the night away as it is a bit difficult to do disco moves to Werewolves of London by Warren Zevon and The Devil's Answer by Atomic Rooster, fab rock records though they may be.

Any road up, following the disco our attention will switch towards Sunday November 4 at the '20 Miles For Carlisle Mencap' and our sponsored walk around the picturesque nature trail at Watchtree Nature Reserve near Wiggonby. I'm looking forward to it. Well, I have to admit while sniffling and coughing my head off the other day, to be brutally honest I was rather wishing that our CEO Sheila had opted for us all going out for a three-course meal at a posh restaurant to celebrate her 20 years as chief executive officer, rather than plump for a 20-mile trek starting at 9am on a Sunday in November.

But onwards and upwards - although thankfully the nature trail at is reasonably flat - and myself, along with Sheila, children's services operations manager Krysia and team leader Morag, will be raring to go come the day, all of us having got lots of sponsors - and very grateful we are to them too.

Still not too late though to donate cash - which will go towards the much-needed refurbishment of our adult centre at California House - so please go to our JustGiving page at https://www.justgiving.com/campaigns/charity/carlislemencap/milesformencap 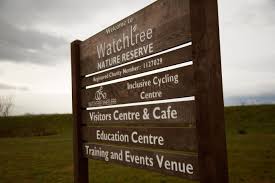 Studio of many talents 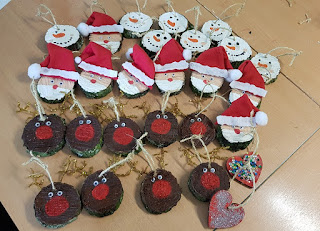 I ADMIRE anyone who has a talent for art and music. I love both, yet I'm useless at both. It is why the work that comes out of our Independence Studio at the children's Grace Little Centre here in north Carlisle never fails to amaze me.


The independence studio is an art and animation studio. The studio has created  short animated films on important topics such as voting, healthy eating and hate crime. Earlier this year Carlisle Mencap was involved in the UK-wide annual #No2H8 Crime Awards. We pride ourselves on being at the forefront of tackling hate crime. In March this year, Cumbria’s Police and Crime Commissioner Peter McCall joined Carlisle Mencap and representatives from the Home Office at Tullie House in Carlisle for the launch of Take Control, a film about hate crime, funded by the Home Office. It was the talented service users, aided by our dedicated staff, at the Independence Studio that came up with the film with the help of Cumbria Constabulary.  And the same studio also produced another DVD on ‘Mate Crime’, funded by the Police and Crime Commissioner. (Mate Crime is when criminals ‘befriend’ vulnerable people in order to exploit them financially or sexually).


These films were created in order to help educate others on topics that may be difficult to understand. But as well as the films, the studio also has a creative enterprise project where we sell some of the crafts that we make in the Carlisle Mencap shop in Botchergate, central Carlisle, as well as in other external sites, to help fund our projects. 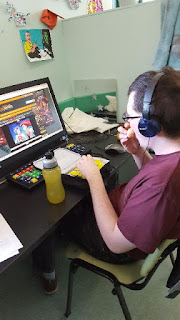 And some of these crafts and items are truly impressive. I mentioned a couple of months ago that we could do with a Carlisle Mencap banner for our stalls when we attend shows and galas. No sooner said than done. An eye-catching banner appeared on my desk. Now the service users are currently doing good with wood - as you will see by some of the images attached to this blog.
These fabulous festive decorations will be gracing our Christmas Fair at the Doves Cafe/Church of Scotland hall in Chapel Street on Wednesday December 12, from 12.30pm to 4.30pm. It has been truly heartening the interest expressed by various 'cottage industries' in taking up stalls at this event which should be an excellent showcase in the run-up to Christmas. And the Independence Studio will have its very own stall - and deservedly so. 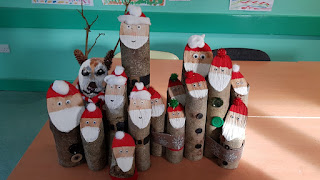 Meanwhile...trips to the DW Fitness sports centre continue as I gear up for the '20 Miles For Carlisle Mencap' walk at Watchtree  Nature Reserve on Sunday November 4. Sheila and Morag have got more sponsors than I have (boo!) but I haven't really got into my stride yet so look out friends and family (hurray!). I visited the reserve today in typhoon-like conditions. As sponsored walks go it is going to be one of the more picturesque and interesting ones. I'm a fan of birds and wildlife so I can well imagine that these 20 miles may well be punctuated with frequent, unplanned sudden stops as I cry out: "Oooh look, a nuthatch!" or "Wow, did you see that red squirrel?" etc etc. So finishing the walk by Tuesday morning maybe a reasonable target to aim for!
Don't forget, follow us on Twitter (@carlislemencap) and Facebook (www.facebook.com/mencapcarlisle/) as well as visiting our website (www.carlislemencap.co.uk) for the very latest updates on all things Carlisle Mencap.
@carlislemencap @watchtree @dwfitnessfirst #watchtree #dwfitness @mencap_carlisle

Roll out the raffle 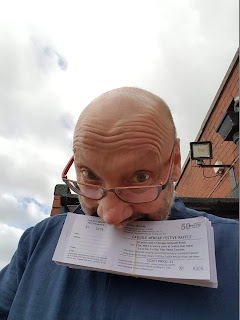 LET'S hope it is a 'licence to print money' in the best possible taste, because our Carlisle Mencap Festive Raffle tickets - in a lovely shade of - er - purple/lilac/mauve type colour - have now gone on sale at a bargain price of £1 a ticket.

The very efficient Murrays Printers in Longtown did the business for us, printing out 2,000 tickets in books of five. And although it is a 'Festive' raffle, we've started selling early and will be selling them (unless we run out - we can but hope!) right up until the draw date which is January 31 2019. A long shelf life is good in one way in that it means we can probably sell more tickets, but the slight drawback is that we can't really have Christmassy prizes - who wants a large Christmas pudding or a set of 12 crackers in January? - well I wouldn't say no but that's not the point.

We at Carlisle Mencap are always on the lookout for donation of prizes because we are quite prolific in the raffle/tombola stakes. From a £1 bar of chocolate to a two-week holiday or a car (again, we can but hope...) we gratefully receive anything and everything - as long as someone is likely to want to win it.

For the main festive raffle, we are eternally grateful to the likes of Sally's Cottages, the Gretna Hall Hotel, and Reays Coaches for our three main prizes which are well worth winning. But other companies like Sainsbury's and Marks & Spencer, along with local restaurant and eateries also help us out with vouchers, meal tickets etc.

I've only been in this role since May and I am very pleasantly surprised at how companies, groups and individuals are willing to help out wherever they can - especially in these austere times. There again, we provide much-needed support and services to hundreds of people young and old so I think many believe that our mission is a very worthy one.

'Hey Phil ,what about the fitness drive malarkey?' I hear you cry. Well, as I previously mentioned, I've joined the wonderful DW Fitness centre in Carlisle - along with my wife Sue who is giving me much-needed moral and in this case physical support in my quest - as I gear up for: 1) Walking 20 miles around Watchtree Nature Reserve on Sunday November 4, then 2) Walking nearly 70 miles from our children's respite centre in Ulverston to our Grace Little children's centre in north Carlisle next May.

The fitness training was going along very nicely thank you until a few days ago when my right elbow decided to swell up to something resembling the size of the Graf Zeppelin. Turned out it was 'infected bursitis'  which the GP said was either due to scrape or a bite becoming infected, or due to some form of RSI - so that could be the DW rowing machine in the dock and charged. Shame if it is the latter, I enjoy that machine.

Anyway a case of anti-biotics was prescribed and rest. The fact I'm typing this now shows you that the 'rest' bit has been largely ignored, but I'm religiously taking the anti-biotics (and by that I don't mean just on Sundays) and the swelling is starting to go down. But I'm still walking the dogs - making sure the leads are in my left hand -  and therefore doing some form of exercise.

Colleagues Sheila and Morag are also stepping out on November 4 so there is some healthy competition regarding filling in our sponsorship forms. But I have a blog and they don't - so please feel free to sponsor ME! (Taking an unfair advantage, moi?)